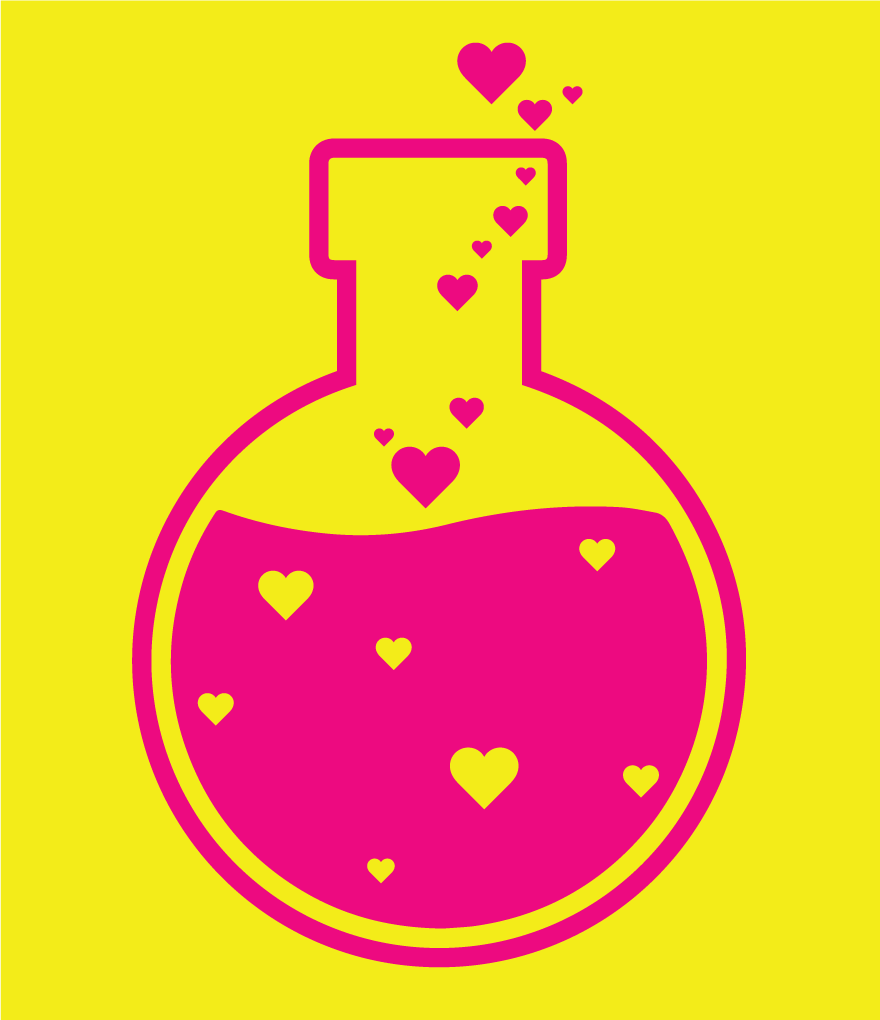 A Love Potion
That Works!

Living in the East Village back then, where sorcery, and herbal shops were fairly common, I dabbled in potions, and concoctions.

In a last ditch attempt to get my German tutor, Walter, who also worked at the restaurant to become interested in me, I made a large batch of this drink for the entire staff at Angelica’s.

I served it on Valentine’s during the staff meal, and then just sat back, and waited for the results.

Well, the drink, it turns out, was one of those time release situations where the effects were felt many hours later.

I observed wait staff kissing in corners the next evening, but Walter, it turns out, was off that night- and guess what happened?

He met his future wife that night at a club… True Story!

Directions: In a medium/large pot, bring the juices, and salt to a boil. Remove pot from flame. Add remaining ingredients and steep 10 minutes. Strain and serve (warm or chilled).
Yield: 2 quarts

How to juice pomegranates:
Hit 1 pomegranate with a wooden spoon to loosen seeds. Cut fruit into quarters and with gloved hands, remove the seeds. Place seeds in cheesecloth and squeeze to extract juice. Yields: ½ cup

The true story of how and why the potion was born

© Susan Baldassano, Please do not use for commercial purposes without authorization