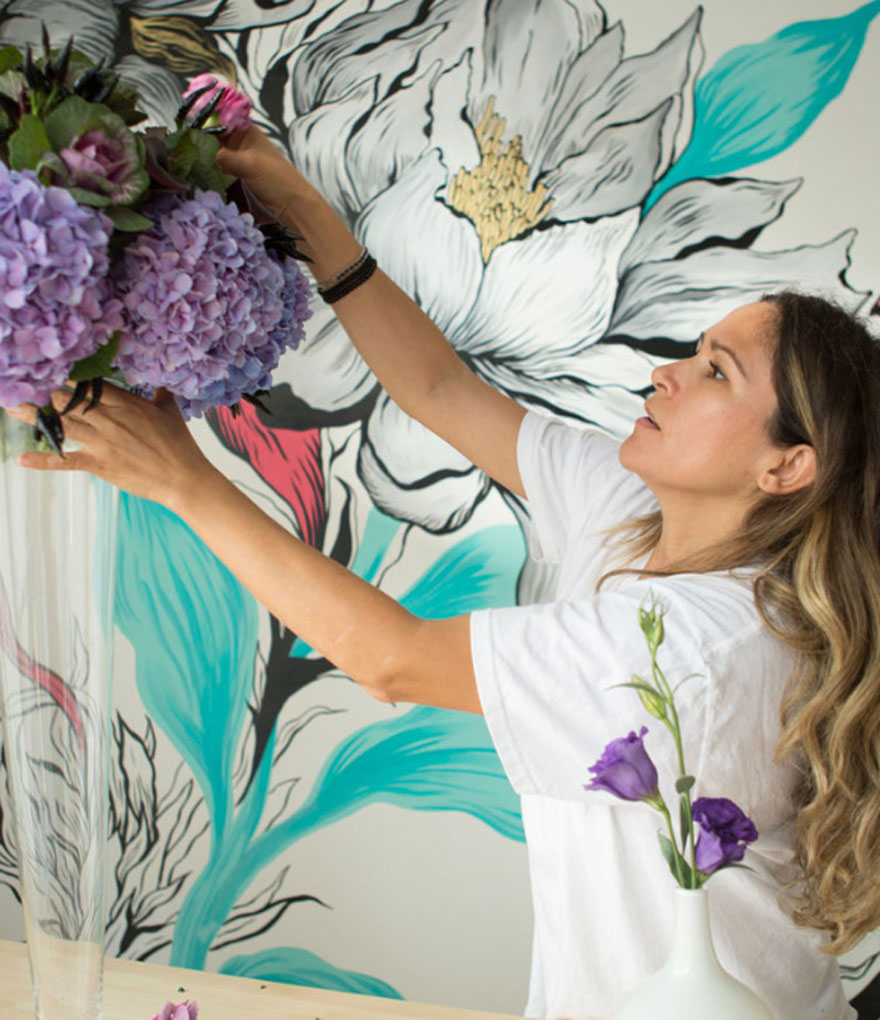 Under the cold steel cables of the Manhattan Bridge,to the right of the vintage Waring Elevator graphic and caddy cornered to the iconic Trash Mansion on Plymouth street rests the 300 sq. ft. fragrant oasis known as La Catrina Flower Studio. The symphony of scents is mesmerizing, calming and comforting. Warm and welcoming, the atmosphere is one of a little village and the visuals are transformative.

Petunias, sunflowers, black orchids, and lemonade roses, create a visual retreat from the ironclad density of DUMBO. La Catrina, the Mexican icon watches over the engaging storefront named in her honor. 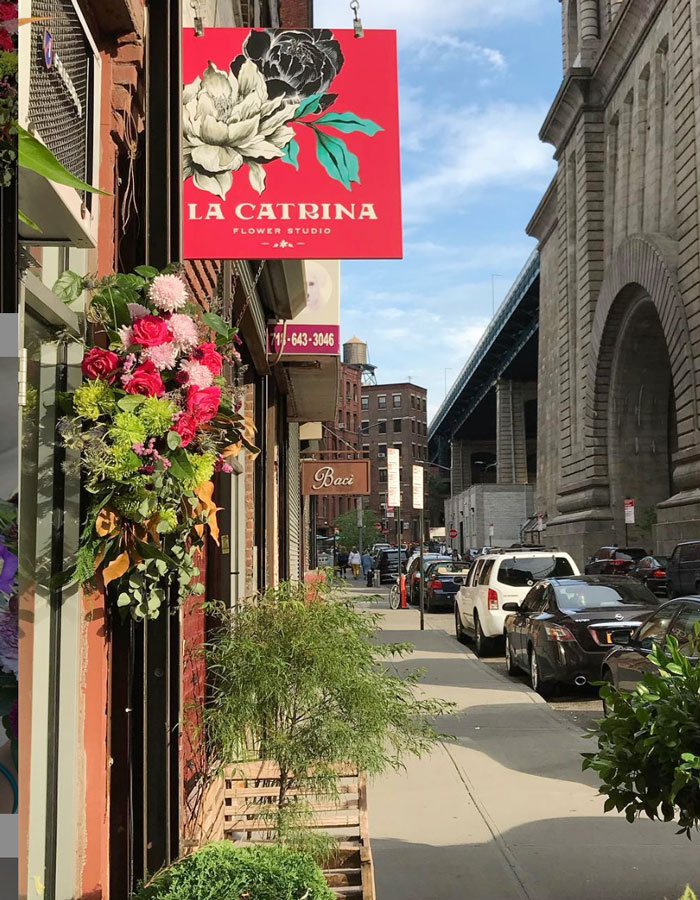 Founded by Magdalena Levy in October 2016, La Catrina, has inch by inch, step by step entered into the consciousness of Dumbo residents. Reaching this 3 year milestone has Magdalena feeling optimistic and confident about La Catrina’s future in the neighborhood she adores. Levy exudes an encompassing passion for flora and fauna. Born in Durango, Mexico, she came to New York 21 years ago where she met her husband Brian Levy on the A train at two in the morning. They were heading home from a party and  the future couple embarked on the same subway car. Brian asked for her phone number and e-mail address. He entered her phone number incorrectly but had more luck with her email After 9 months of back and forth they finally met for dinner and it was love at first date. Thanks to the MTA, they currently live in DUMBO with their 2 children Dante, and Nora and their dog Fresa, a giant sized Italian Mastiff .

In 2009 Levy left her job in journalism to raise her children. During that time she became almost addicted to crafting. “I learned everything on YouTube” she states. I learned how to sew, fix my machine, create paper mache, design pinatas you name it, I did it. However, when it came to making a living, I knew the crafts thing just would not cut it, but I had a strong resolve to do something visually creative.”

After some soul searching, she returned to her true love, flowers. Magdalena lights up when she recollects how she threw parties just as an excuse to fill up her house with roses, tulips, and orchids, Coupling that love with the fact that Dumbo did not have a neighborhood florist, Levy googled flower design schools, and signed up with the first entry that popped up. Luckily, it was the prestigious New York Flower School, where she studied for four months with students from all around the globe.

After her apprenticeship she spotted the little space for rent on Anchorage Place. The rent was affordable and without any retail experience, she bravely took the plunge. 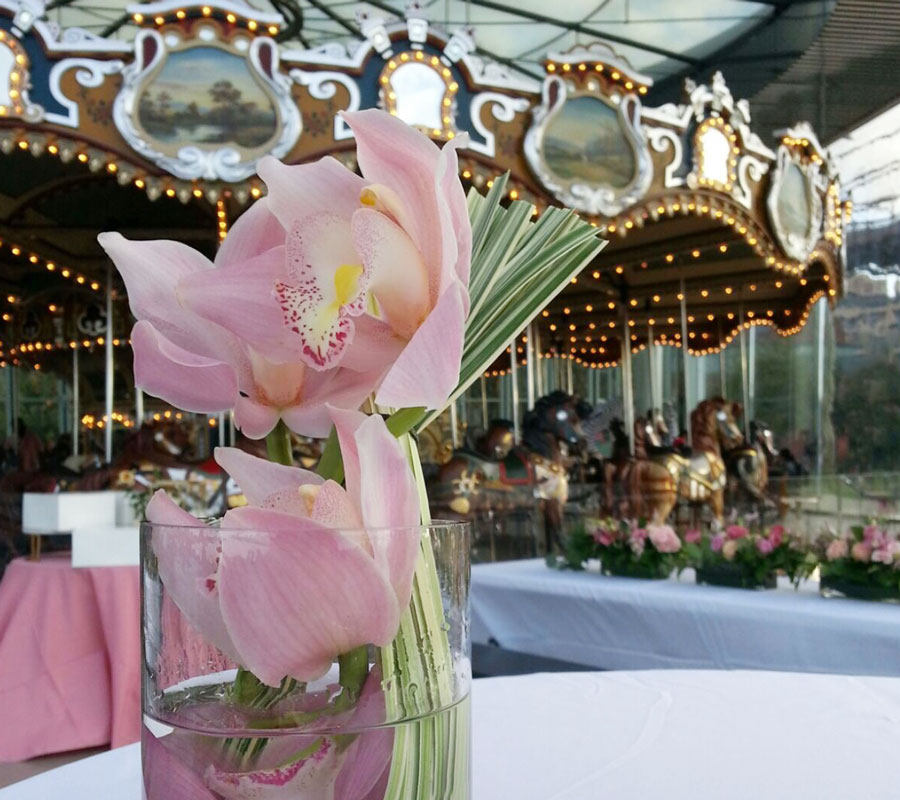 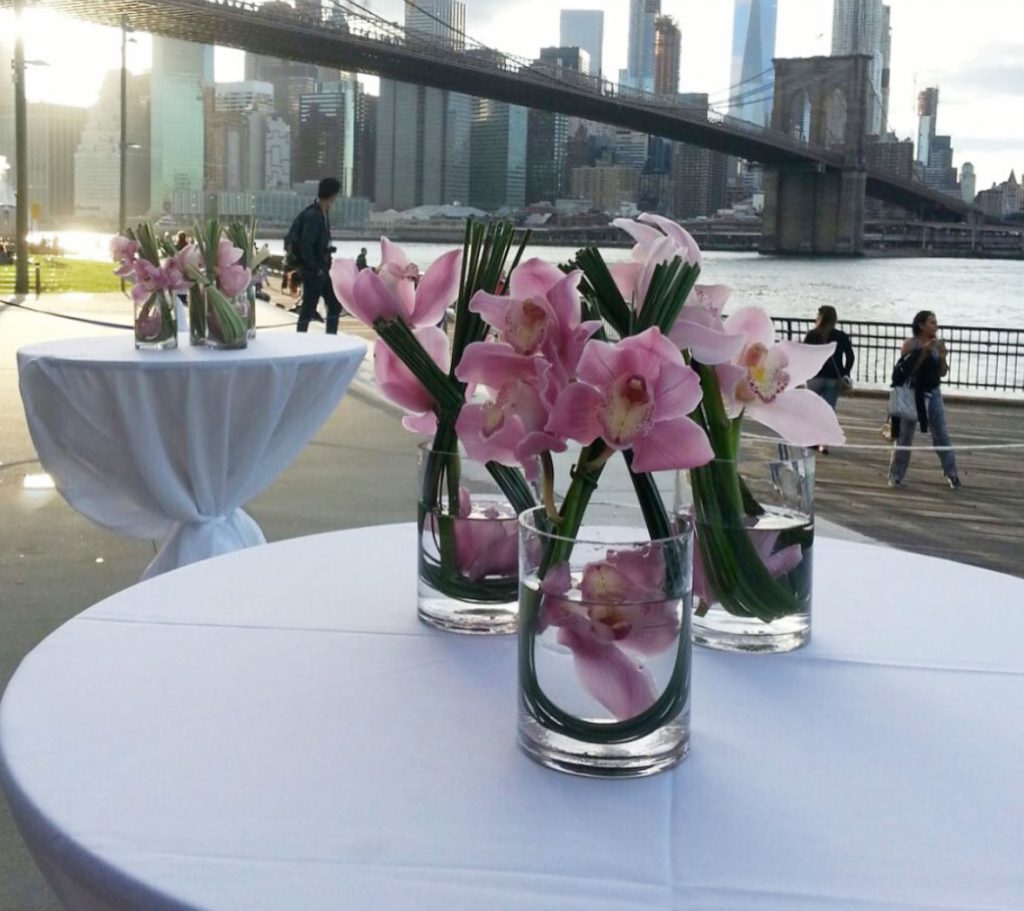 Magdalena lights up when she recollects how she threw parties just as an excuse to fill up her house with roses, tulips, and orchids...

Levy states that her greatest initial challenge was winning the confidence of Dumboites.  They would pass by wave and once in a while stop by for a quick look, but it took 8 months to gain a steady flow of return customers who have now gained a solid trust in her ability to deliver high quality and creativity at excellent value.

Her visibility in the neighborhood has been boosted by her down to basics guerrilla marketing technique of sidewalk and chalk as well as glowing recommendations. She has done pop-ups at Brooklyn Coffee Roasters and uses social media to get the word out. Her efforts have proven successful as she now includes the River Cafe, 1 Hotel, The Dumbo Loft and an impressive list of residents and other Dumbo and non-Dumbo businesses as steady clients. 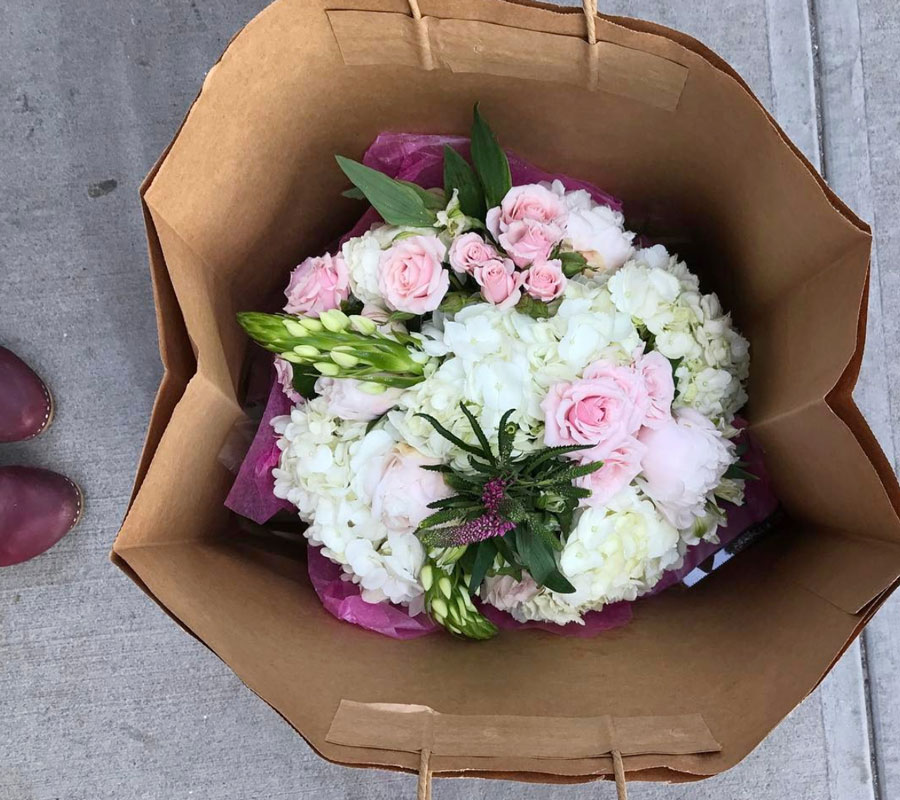 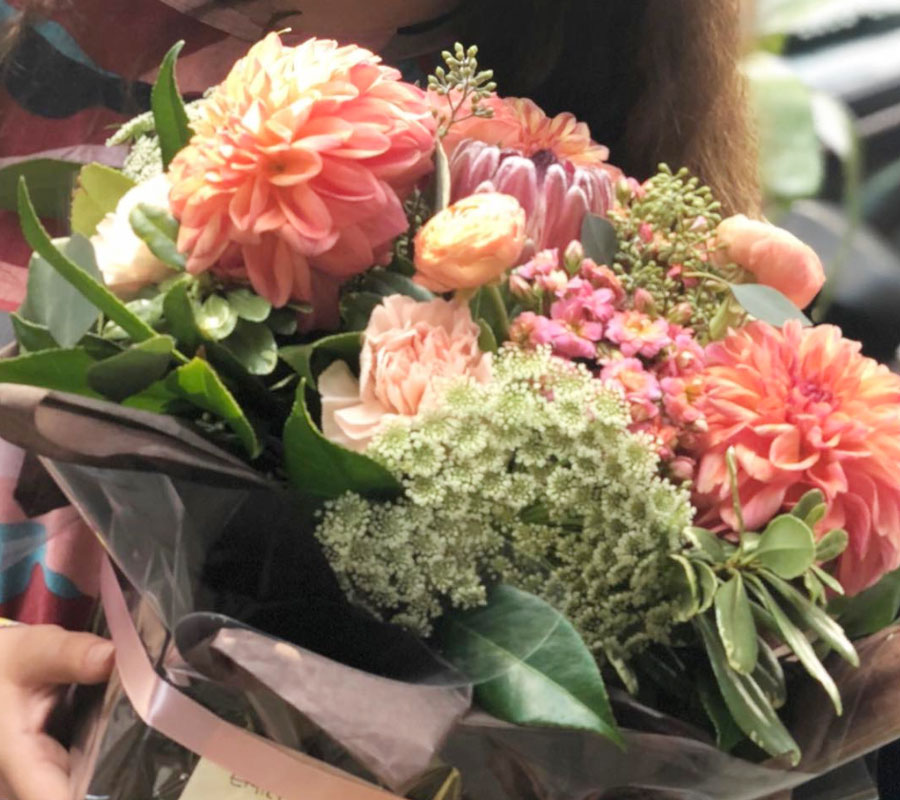 Magdalena is a strong proponent of weekly home/offices deliveries which have been steadily on the increase. Starting at $50.00 per arrangement one can enjoy the beauty and fragrance of flowers on a consistent basis.  When it comes to longevity, Levy recommends, sunflowers, protea, pink floyd and orchids. Although they often last longer, Magdalena guarantees that all of her arrangements will last at least 5 days. With business on a steady incline and 6 employees, Magdalena has started to look for a bigger space but promises to make it as inviting and as intimate as her cozy spot on Anchorage.

La Catrina Flower Studio is located at 140 Plymouth street (Right off Anchorage Pl.) View Magdalena’s stunningly creative work and tips for flower care on her website and on Instagram @lacatrinanyc.