“Know thy neighbor grow your passion” was manifested this past Veteran’s Day as three  Dumbo creatives collaborated  to honor 96 year old veteran Sidney Epstein. The charming and vibrant Mr.  Epstein was transformed into a potential fashion icon as photographer Philip Greenberg, 10 Deep Founder, Scott Sasso and Barber on Pearl, Robert Isakov pooled their resources to create a day of fun, fashion and photos for our extraordinary neighbor who served in both WWll and the Korean conflict.

Two years ago I encountered Mr. Sidney Epstein on my way to my studio from the 3 train on Clark Street. A 5”2”, 96 year old man with a World War ll cap and a Hawaii Five-O tee shirt was certainly a vision to behold, especially in Dumbo. 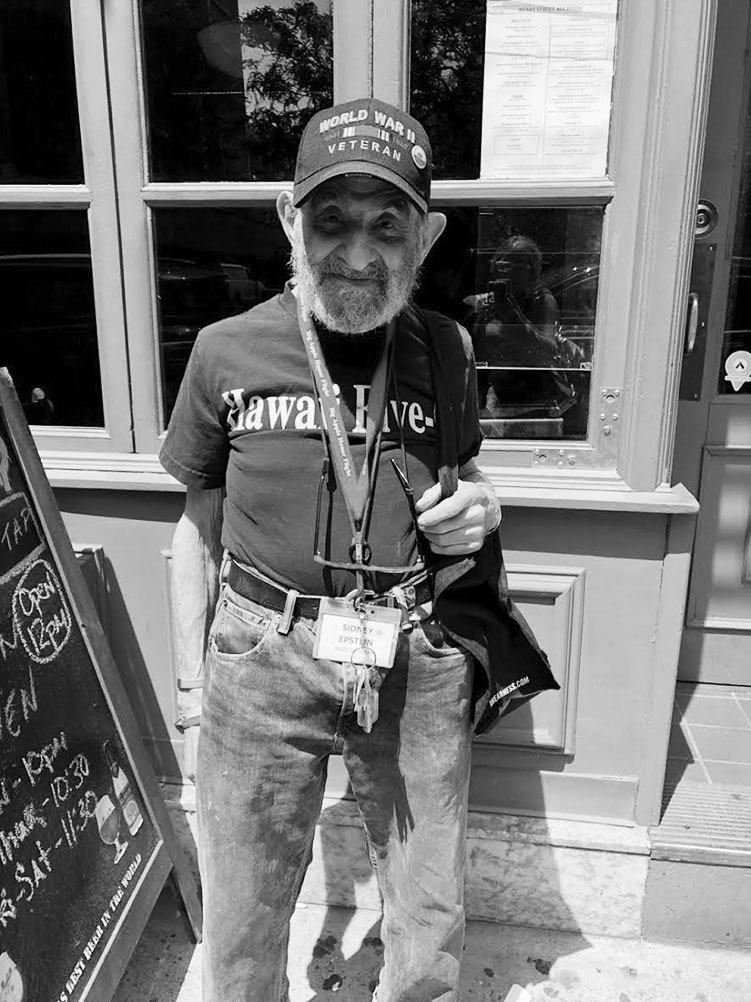 One thought occured to me… I must meet him. Perhaps the fact that he reminded me of my own father enhanced my desire to converse. My dad, also of small stature was a proud WWll veteran who served in the 752nd field artillery unit, European Theatre. 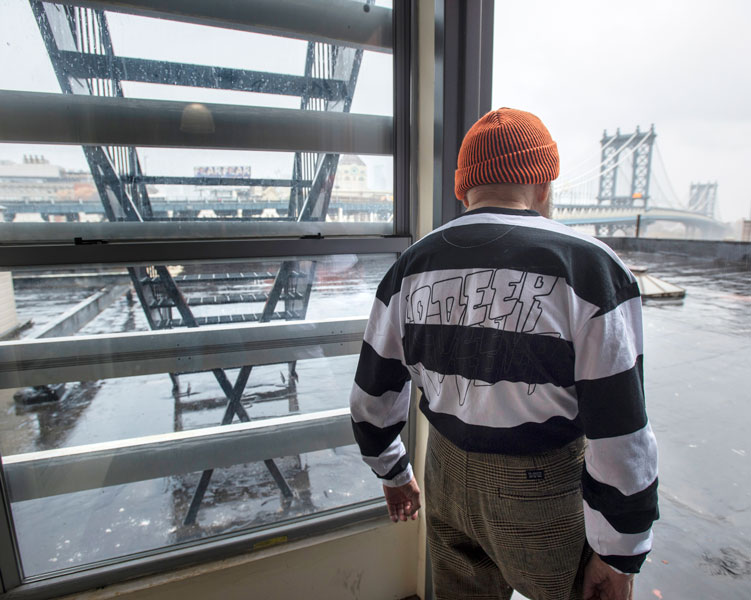 I approached him gingerly and felt the need to salute. I introduced myself and shared the fact that my father served in the “Big One”. I complimented him on his personal style and asked him about his service. We clicked and our short conversation developed into a friendly and comfortable rapport. Since that moment, I always consider it a lucky day when Mr. Epstein and I cross paths. Last June I diverted his daily trip to the Senior Center where he eats lunch daily and took him out for a bite at the iconic Clark Street Diner.

Although he had some trouble remembering all of the facts, he shared his story of where and how he served. Mr. Epstein was born in Brooklyn. His father was from Lodz, Poland and his mother was born in London. Before his service in the Navy,  he served as an apprentice in electrical engineering at the Brooklyn Navy Yard.

In 1942, Mr. Epstein enlisted in the military. Although he sought to join the Army and train as a combat pilot, the Navy valued his engineering skills and assigned him to a destroyer escort ship as the electrician.

Mr. Epstein’s vessel, the USS Arthur John Roberts, operated mostly in the South Pacific where it hunted submarines and avoided kamikaze attacks. He rose to the rank of Chief Petty Officer, the third-highest rank for an enlisted service member.

After the war, Mr. Epstein went to City College where he formally studied electrical engineering — ultimately earning Bachelor’s and Master’s Degrees in the field — and joined the ROTC.

During the Korean War, Mr. Epstein returned to the military, this time in the Army, and joined the Combat Engineering Crew as a Second Lieutenant. He was stationed  at Fort Belvoir near Washington D.C., where he was in charge of physical training and athletics for over 200 men. His specialty was gymnastics.

When asked about the current state of veterans affairs, the former Lt. Epstein was fervently decisive on this matter. “Veterans should be given better housing and job opportunities, there should never be a such a thing as a homeless veteran”.

If you are lucky enough to spot Mr. Epstein, say hello. And please salute, he loves that. 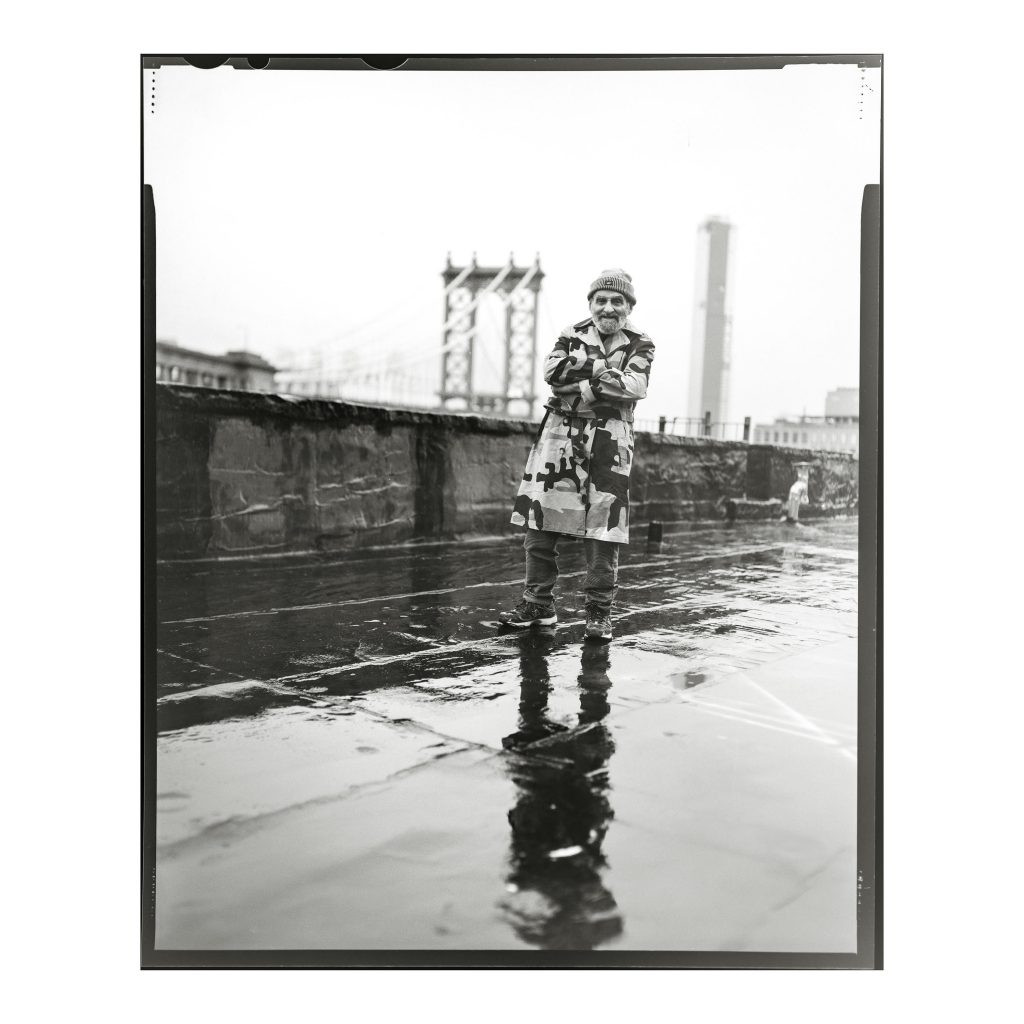