Reeducated brings viewers inside a Xinjiang prison camp, reconstructed from the memories of three former detainees. To create the film, Orynbek Koksebek, Erbaqyt Otarbai, and Amanzhan Seituly, all ex-prisoners of the camp who are now living outside China, shared testimony about the facility, describing in detail everything from their daily schedules and experiences of torture to the distance between beds. The artist Matt Huynh brought their recollections to life in stark, evocative pen-and-ink drawings, which were then assembled into three-dimensional spaces. Ben Mauk and I are grateful for our three subjects and the team of creators who made this film possible. 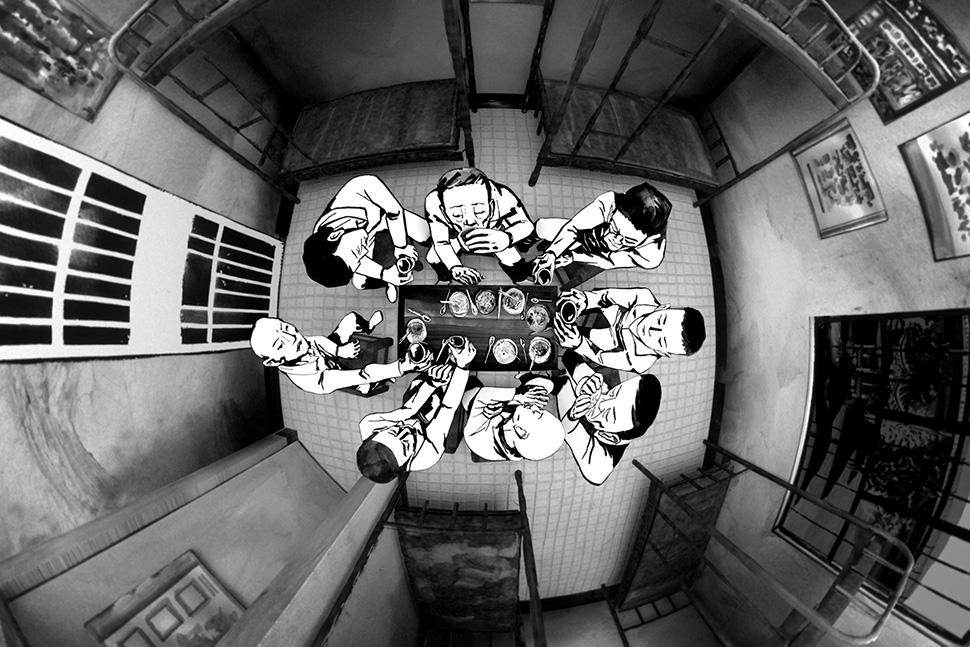